Skip to content
Victor Victor Mesa is the Marlins unanimous number one overall prospect, despite never playing a game stateside. Mesa has been playing in the Cuban National League and the Canadian-American Association since he was 16 years old (2012-2013 season).
Mesa did not play the entire 2018 season due to leaving Cuba to sign in the Major Leagues. In October, the Marlins signed Mesa for $5.25 million, the largest signing bonus handed out to an international player this season. So the real question for Marlins fans is what to expect from Mesa.

For those that don’t fully understand prospect rankings, players are ranked on a 20-80 scale. I’m not going to get fully into the grading though, you can look that up if you’re truly interested

I can see Mesa being a top of the order hitter who pitchers will not pitch around. If this kid gets on base, with his speed, it’s almost certain that he is going to attempt a steal. Mesa is also considered by scouts an outstanding defender in the outfield. 2019 Mesa will most likely start the year in Double A (Jacksonville). With the Marlins current outfield of Brian Anderson, Lewis Brinson, and Austin Dean, I can see Mesa bringing his talents to Miami as soon as 2020! So Marlins fans, get excited for one of the top prospects in the game to see the bright lights of the Major Leagues as soon as next season! 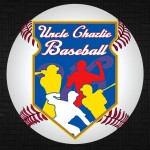