Welcome to the first edition of the Heat Wave column. Readers will get a review of the first half of the Miami Heat season and what to expect in the last 30 games after the all-star break.

The Miami Heat are currently 8th in the Eastern Conference standings, but with a strong up coming schedule before the All-star break they are in danger of slipping out of the playoff race.

This year they have been dogged by injuries. Bam Adebayo is the only player to play all 51 games. Dion Waiters has just come back from almost a year off. Goran Dragic has missed 30 games and now Derrick Jones is out for a month.

The injuries have contributed to an offense which is stuttering. Not being able to convert shots at the rim has been a problem all season. The Heat rank in the bottom six in the league in shots from 0 – 3 feet. Not being able to get easy shots show they are struggling to get in a rhythm on the offensive end. A great jump shooting team could make up for some of the deficiencies at the rim. Unfortunately they are the worst shooting team in the league from 10 feet to just inside the 3-point line.

The Heat may have the answer to their problems within the roster though. Josh Richardson and Justise Winslow have been the 2 best players on the roster so far this season. When they are together on the court the Heat are 4 points per game better off. Playing Hassan Whiteside and Goran Dragic with the above pairing will show a strong 4-man line-up that has not been used often by Coach Spo but could be very effective. Other bigs or guards could be plugged into this line-up easily.

Derrick Jones Jr is a player Spoelstra should look to use more when he is back from injury. The 21-year-old Jones is one of only four players to be a plus on the defensive end when he is on the court. He is also excellent at drawing charges and is a strong rebounder.

Before the All-Star break the Heat have a road trip comprising of games against Sacramento, The Warriors, Denver and Dallas. Though this is a tough run into the break they need to win at least 2 of these games to stay ahead of the improving Detroit Pistons.

Games against fellow Eastern Conference teams after the all-star break will more than likely decide their playoff fate. Fans will be hoping to welcome back point guard Goran Dragic in mid-February, a fit Dragic will greatly improve their playoff chances.

The Heat were very active at the trade deadline. Wayne Ellington wasn’t getting a lot of minutes this season and with the return of Dion Waiters this was only going to get worse. The Heat have also been trying to get off Tyler Johnson’s salary for a while.

On the day before the trade deadline they managed to kill two birds with one stone, trading Ellington and Johnson to the Suns for Ryan Anderson. Heat fans may not think Anderson is a big upgrade but this deal reduces salary for next year as Anderson is owed less than Johnson was.

It also creates an extra roster spot for this season. They are now in a position to make a move in the buyout market for a player that may help for a playoff push. 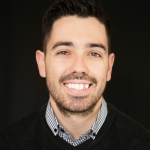