What does this mean for the future of the team?

Will they be in the market for an expensive Super Bowl winning signal caller like Joe Flacco or Nick Foles?

Not if recent reports are to believed.

That likely leaves the draft as the primary option for addressing what now appears to be the team’s primary need.

The Dolphins currently have the 13th pick in the first round, which means without a trade they probably wont be able draft consensus top prospect Dwayne Haskins, but there are two other first round quality passers on the board that the team should consider: Missouri’s Drew Lock and Oklahoma’s Kyler Murray.

If both are available which should the Dolphins pick? Which is the better fit for the team?

Mock drafts lately are trending to the tune of Murray being there. Lock not as much, but the offseason is all about possibilities!

Tale of the tape

Murray is likely the biggest wildcard in the draft, as he might just have the best tape among this QB crop but comes with a few very serious questions. Murray demonstrates ideal arm strength, touch, ball placement, and accuracy to all parts of the field. He also has a scrambling ability that could rival that of fellow former Heisman winner Lamar Jackson, though I don’t think he is quite as much of a run threat. Based solely on film, Kyler is a strong candidate to be a top five pick. So why could he be available at 13?

Kyler has faced questions about his height which is likely below his listed height of 5-10, his commitment to the game because of his prior commitment to the Oakland Athletics MLB team, and his relative lack of experience as a 14 game started. The good news here is that Kyler committed to the NFL officially today, and recent reports have him much closer to 5-10 than we originally thought. He looks to have Russel Wilson type talent, and should fit well with Kenyan Drake, Kalen Ballage, Mike Gesicki, and the rest of the ‘Fins young talent.

Lock checks every box on the old Bill Parcells QB checklist, he possesses ideal size, started 45 games in the competitive SEC, is known to be very intelligent, and has plus arm talent (would already be among the NFL’s strongest arms). He is also very athletic for his size and could be effective short yardage runner at the next level.

The concerns with Lock have to with his accuracy, and they are valid, but the good news is that he has demonstrated the ability to throw the ball accurately to all areas of the field. The issue here has been footwork, which has improved greatly with the addition of Derek Dooley as Missouri’s head coach last season. If you look deeper, it is easy to see tangible improvements in this area every single season that he spent in college, which is usually my barometer for whether or not a prospect can become a top level passer at the next level. If the Dolphins draft Lock, it may be best to look into pairing him with an older passer like Ryan Fitzpatrick for a year or two, to help him learn the ropes. With quality coaching Lock could become the Dolphins first true franchise passer since Marino.

So, if both of these players are on the board at 13, or if the Dolphins trade up, which one should should the team select? The good news here is that both graded very highly in my film study this year, and look to turn into very good players at the next level. The simple answer here is that if Kyler Murray stays committed to Football, and measures well (close to 5-10 and weight around 205lbs) then he is likely the better pick here due to his sky-high potential. However if the team is forced to “settle” for Drew Lock they will probably end up very happy with their pick.

If both are still on the board when the Dolphins are up, who should they take?

Leave your answer in the comments below or on Twitter @MiamiSportsWAVE. 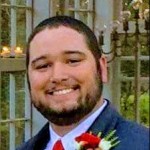