Welcome back Heat fans! For this week’s edition of the Miami Sports Wave’s Heat mailbag, we went around our staff looking for some questions. Thankfully, they’re also looking for some answers, and that’s how we got here! Vaughan and Jorge give their takes on an ideal Playoff matchup and who our best player is. Feel free to send your questions our way via Twitter @vaughanjasu and @CantuNBA. We will answer them all in next week’s edition!

Records aside, who does the Heat match up best with in the Playoffs?

Vaughan: Records aside, the best matchup would obviously be the Nets. The Heat blew them out recently, and a high-powered offense like Brooklyn often struggles in the playoffs, especially when none of their rotation players aside from Jared Dudley and DeMarre Carroll have real playoff experience.

Now, if you asked me about the most FUN playoff matchup, it would have to be the Pacers. Give me a defensive-minded series with final scores of 87-80! Inject the grit-and-grind basketball into my VEINS. That’s all I want.

Jorge: I mean, leaving records completely aside, we would love to face the Pistons or the Nets. But talking about a realistic Playoff matchup with a top 4 seed, I think the obvious answer is Indiana.

Not only are they missing their best player in Victor Oladipo, but they are the most inexperienced team within the top 4. They pushed LeBron James’ Cavaliers to 7 games last year, but that’s really the only success they’ve had as a young team – only veterans Wesley Matthews, Thaddeus Young, and Darren Collison can claim any other sort of Playoff experience. With younger guys like Myles Turner and Domantas Sabonis doing some of the heavy lifting, they might be easy targets come mid-April.

The Heat also has a lot of young and inexperienced guys that make up a big part of our team. But older players like Goran Dragic, Hassan Whiteside, Kelly Olynyk, and the ageless Dwyane Wade have deeper Playoff runs and are still top contributors for Miami. It’s not like the edge is that big, but being successful in the regular season is not the same as walking the walk in the postseason.

Miami’s defense-first approach is a perfect matchup for Indiana’s quick ball movement style. They deserve a ton of credit themselves for also playing really good defense for most of the season. But with the way the Heat is playing over this last hot stretch, I think getting the Pacers is much better than Milwaukee, Toronto, Boston, or Philly.

Who is the best player on the Heat right now?

Vaughan: The best player on the Miami Heat, still, somehow, is Dwyane Wade. If you asked me, “Vaughan, who’s taking the last shot on any given day for the Heat?” I would respond, “well, concerned citizen, Dwyane Wade, of course!”

Wade is coming off the bench and scoring at a wonderfully efficient rate, still making highlight reels, making game-winners, and is in the running for Sixth Man of the Year. It’s Wade. It’s always been Wade. Next year, though? Josh Richardson and Justise Winslow are going to have to duke it out.

Jorge: This question could not have come in at a tougher time this season. With Justise Winslow’s emergence and Josh Richardson’s lack of consistency, the gap is closer than ever between those two. A healthy Goran Dragic has reminded us how deadly of a scorer he can be when not defended properly. Oh, and there’s also a 36-year old legend doing things 36-year olds aren’t supposed to be doing. You see what I mean when I say this is really hard?

It might be a hot take, especially with the Heat being able to play this good while he’s injured. But I think he offers the most when you look at his physical tools and skillset. He’s a 6-foot-7 guy with really good playmaking abilities; he can play defense across four positions both on and off the ball; he’s improved his three-point shooting quickly and leads the team in accuracy from deep; he is a player perfectly suited for the modern trends of positionless basketball.

He’ll turn 23 in two days and improves with every passing day. It doesn’t seem like he plans on stopping anytime soon, too.

I get why some would say Richardson, Dragic, or even Wade is our best player. Opinions will always differ when nobody knows who the clear no. 1 option is on a team. But for me, Justise has shown enough to claim to be the best player on the team right now.

Can you Believe Spring Training is Almost Over? 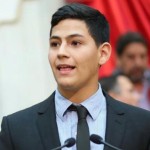